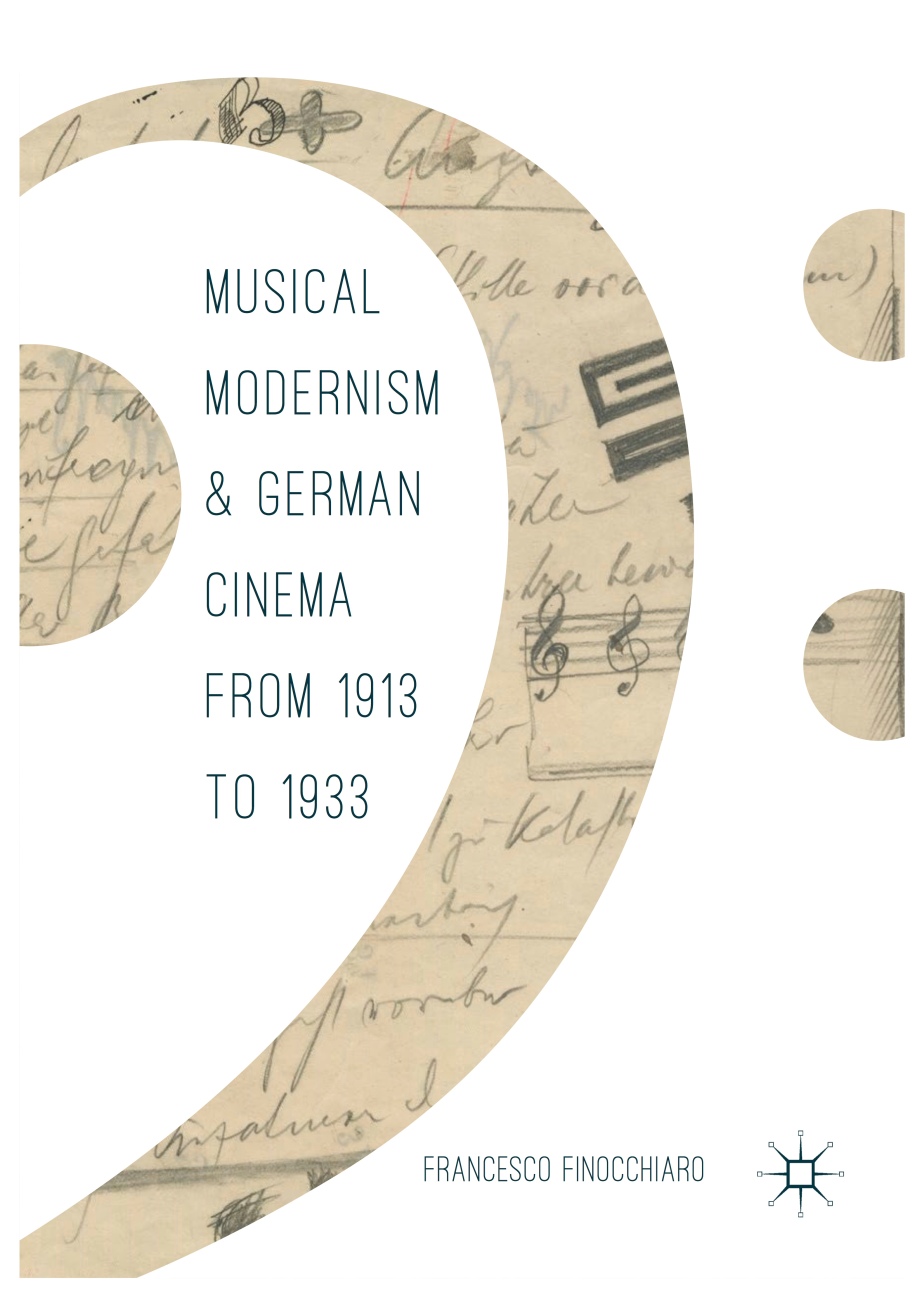 The English-language monograph Musical Modernism and German Cinema from 1913 to 1933 has been published in the book series “Film and Television Studies” by Palgrave Macmillan, UK.

Finocchiaro’s study delivers compelling insights into the relationship between Musical Modernism and German silent and early sound cinema. Approaching cinema from the vantage point of its engagement with modernist composers manages to move beyond the boundaries between “high” and “low” art, opening up the wider field of the cultural status of cinema in relation to coexisting art forms at a crucial historical moment.
Anna K. Windisch, University of Salzburg, Austria. Co-Editor of The Sounds of Silent Films. New Perspectives on History, Theory and Practice, 2014

Throughout the 1920s, German-language print journalism addressed fundamental questions about the encounter between music and cinema.

Prominent composers, musicologists, film theorists, and philosophers contributed to this broad discussion on the proper role and design of film music, encompassing a wide range of arguments and perspectives.

This journalistic discourse on film music forms the core of the FMJ research project. The research team will examine a representative selection of articles, essays, and reviews published in German-language music and cinema periodicals from around 1907 to the early 1930s. A selected corpus of sources will be incorporated into a digital open-access database. The comprehensive scholarly exploration of these documents will lead to a monographic treatise on the “historical aesthetics” of silent film music.